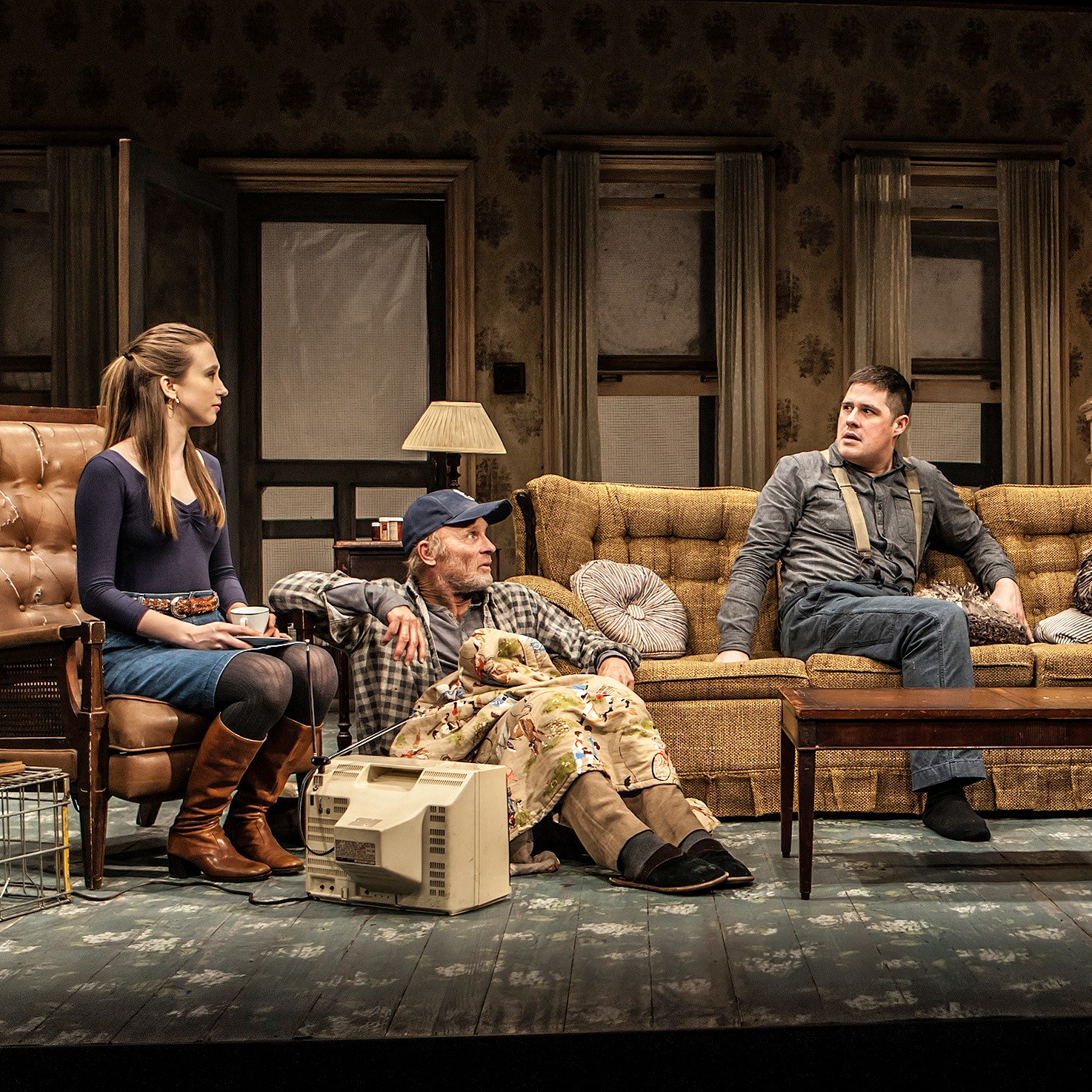 Showing the disappointment and disillusionment of the American dream through the eyes of one unstable family, Sam Shepard’s Buried Child isn’t going to appeal to many viewers for entertainment purposes.

On their way to New Mexico to see his father Tilden (Paul Sparks), Vince (Nat Wolff) and Shelly (Taissa Farmiga) make a pit stop at his grandparents’ house in Illinois. The grandfather Dodge (Ed Harris) reveals some dark family secrets as the family reunites.

With the set, costumes and characters all being a bit rough around the edges – some more than others – it’s easy to see the complete disarray that the family is living in. Though parts of the storyline are quite difficult to follow at times, especially with limited blocking happening onstage. The action feels stagnant.