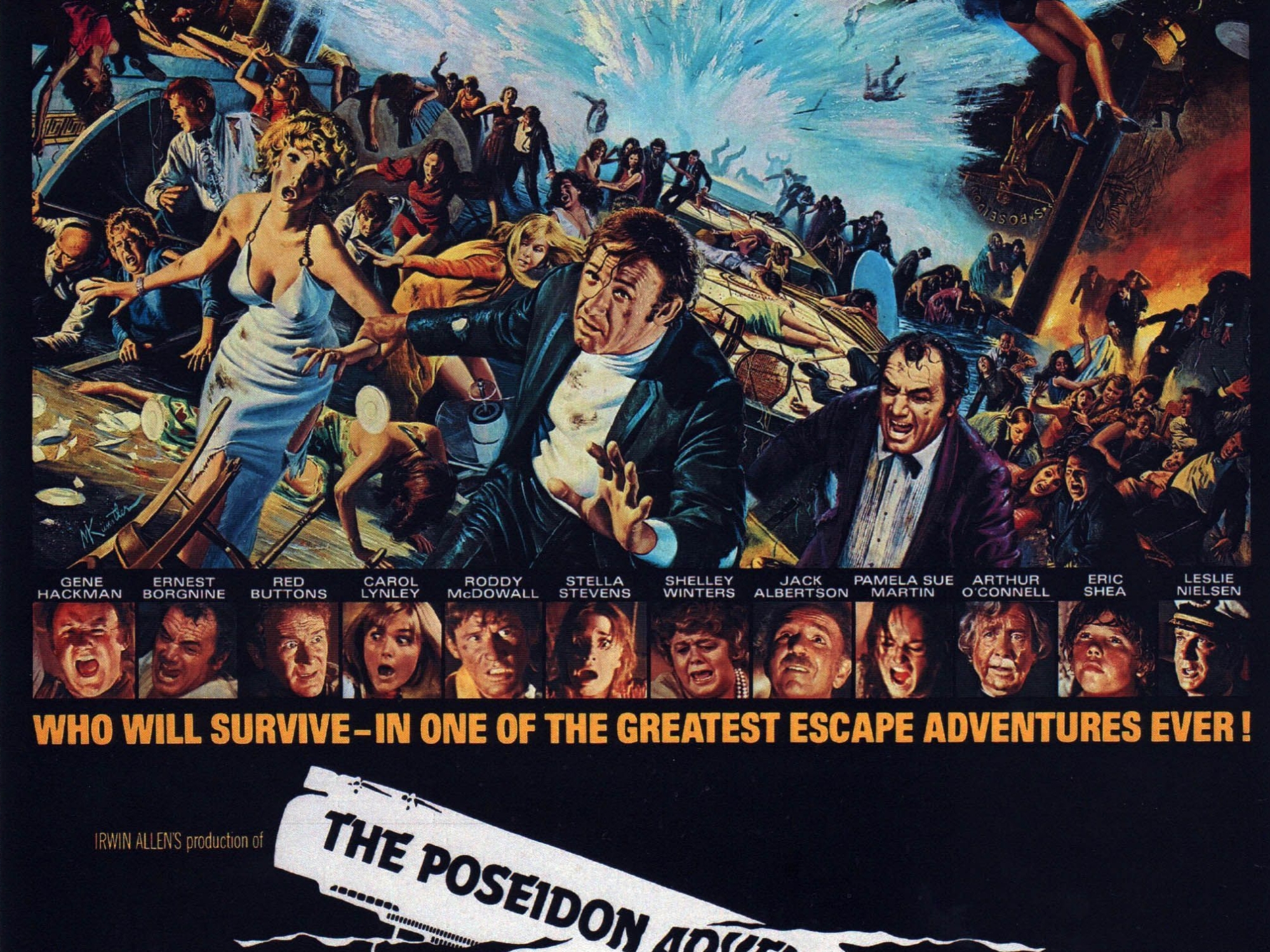 Disaster movies are always a lot of fun even if they don’t have substantial storylines.

On New Year’s Eve, the SS Poseidon is turned upside down by a tidal wave while on its final voyage from New York City to Athens. Reverend Frank Scott (Gene Hackman) leads a pack of rebel passengers to safety despite orders not to.

This movie is packed with some of the greatest stars of the 1970s with faces everyone will recognize. The adventure is exciting and still leaves you on the edge of your seat over 45 years later.

While the special effects are laughable now and there’s not much to really draw you to the characters – except the sweet Rosens (Shelley Winters & Jack Albertson) – this is still a classic disaster film from beginning to end.