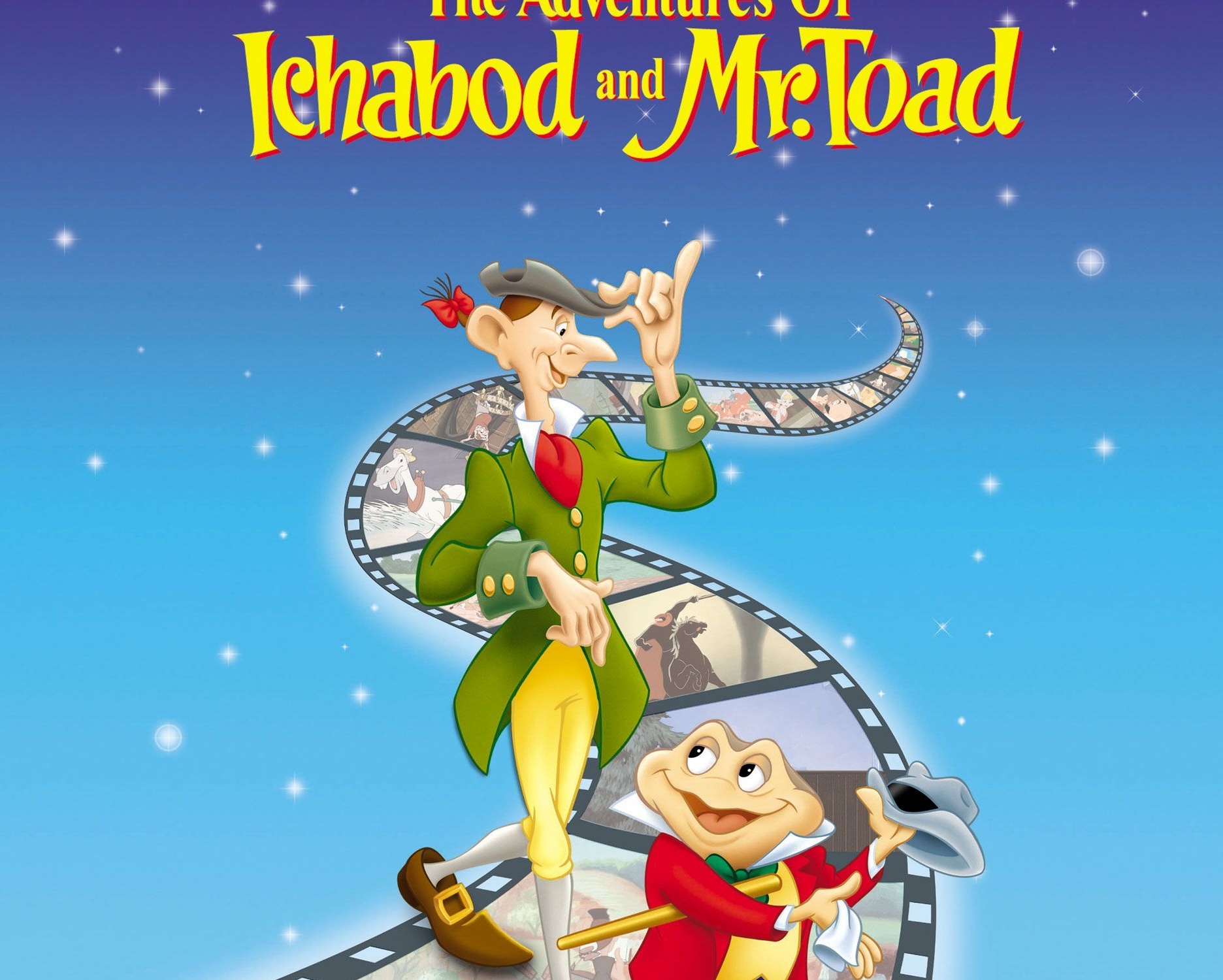 The last of Disney’s package films of the 1940s, The Adventures of Ichabod and Mr. Toad features animated versions of Washington Irving’s “The Legend of Sleepy Hollow” and Kenneth Grahame’s “The Wind in the Willows.”

Mr. Toad (Eric Blore) is reckless with his money and soon has “motor mania.” When the police find him driving a stolen car, it is up to him and his friends to prove his innocence. Ichabod Crane (Bing Crosby) is haunted by the Headless Horseman after a party where he tries to win the affections of the wealthy Katrina.

Though the stories don’t have much in common, both are spectacularly animated – especially the Sleepy Hollow climax. However, neither feels much like a children’s film. Mr. Toad’s story is based on criminal acts while Ichabod’s is pretty scary.