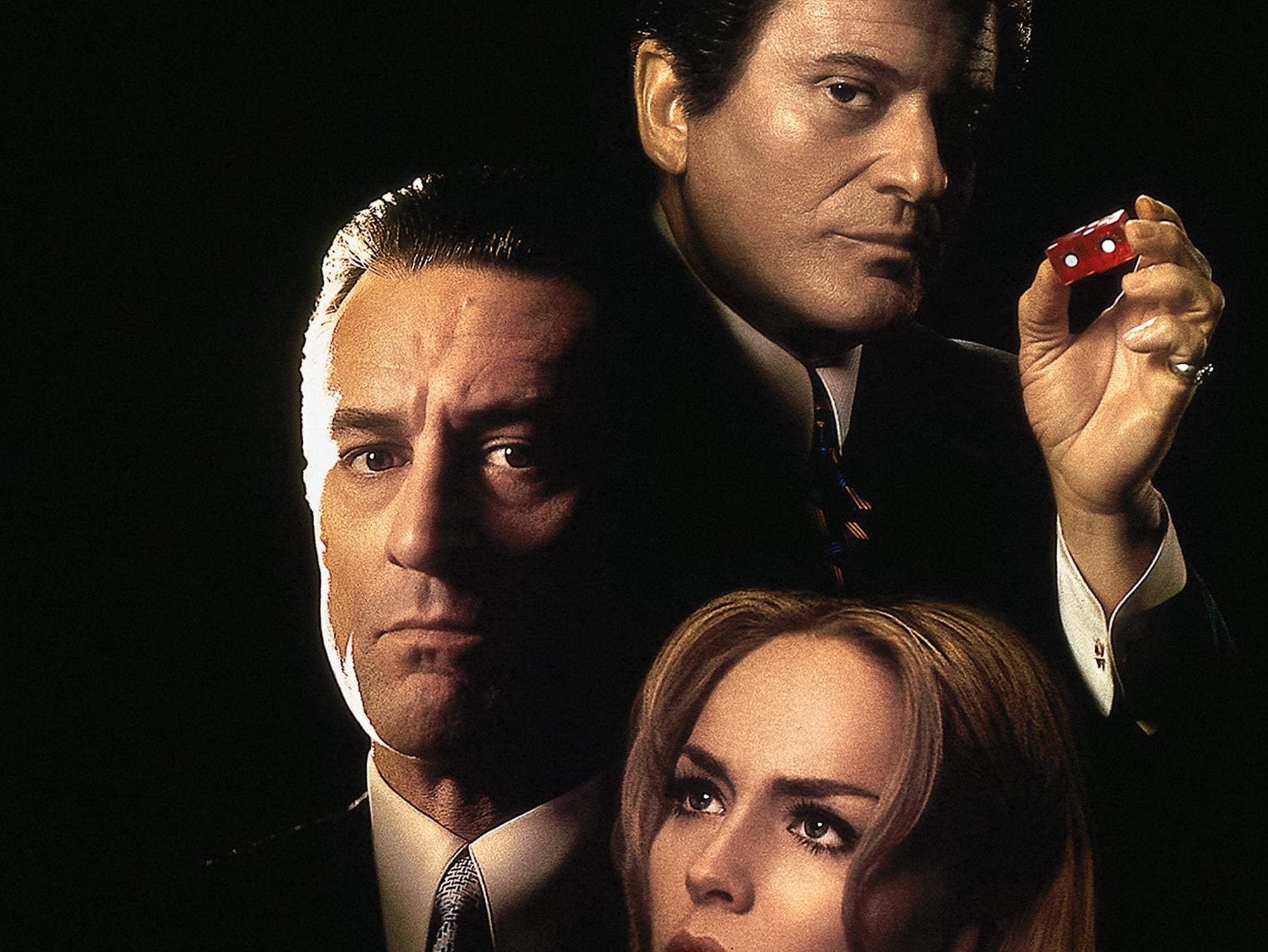 Gambling expert Sam Rothstein (Robert DeNiro) oversees the daily operations at the Tangiers Casino in Las Vegas with ties to the Mafia. He’s protected by his hotheaded friend Nicky Santoro (Joe Pesci) and has a volatile relationship with his former hustler wife Ginger McKenna (Sharon Stone).

Running just under three hours, the film covers a lot of ground. There’s so much happening that Sam and Nicky take turns narrating throughout the entire film. It definitely helps you understand what’s happening but takes away from immersing in the story.

Stone gives a powerhouse transformative performance and never once makes you doubt her character or choices, unlike De Niro and Pesci who, while fantastic, seem like reused material.