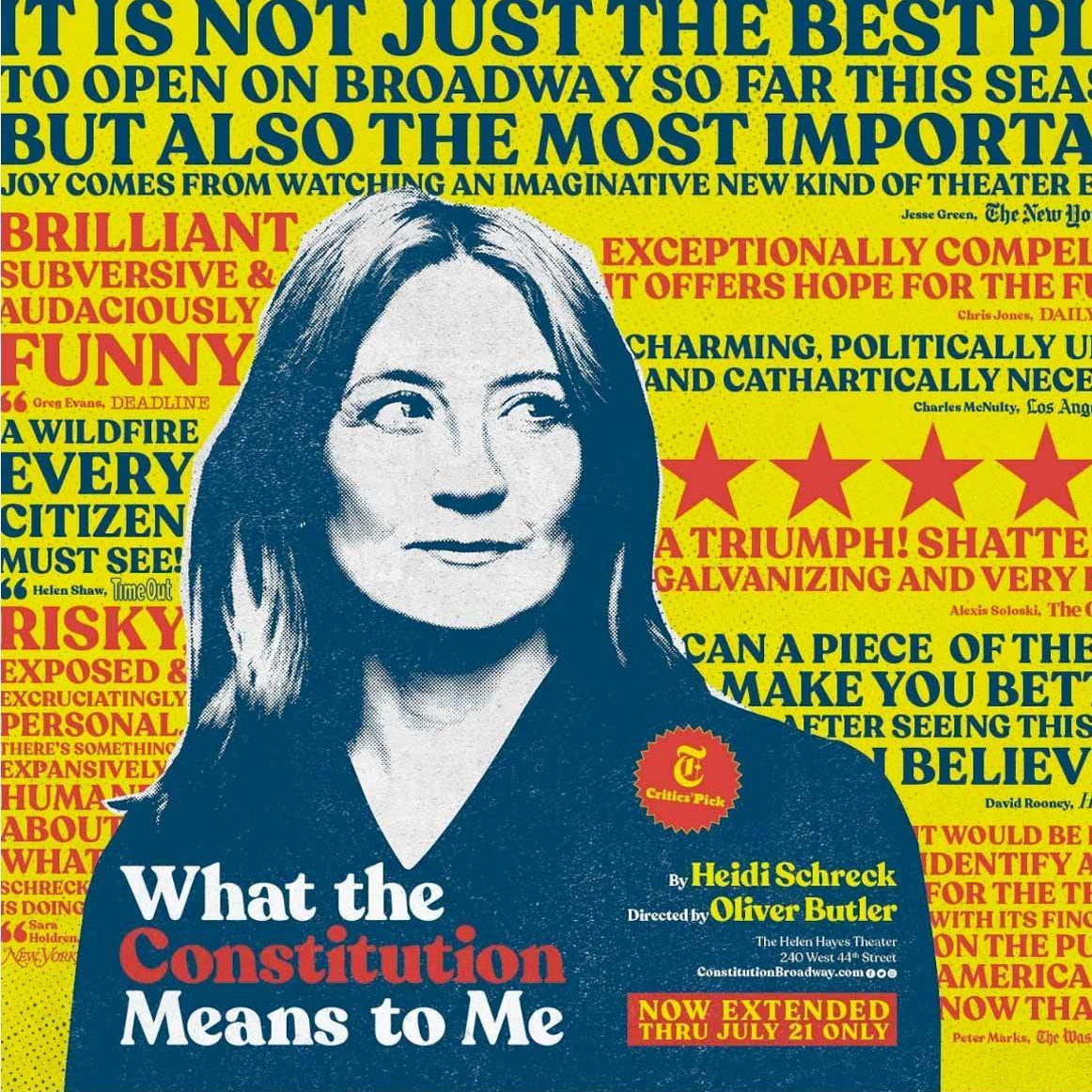 By speaking her truth, playwright and star Heidi Schreck reinterprets the Constitution to modern audiences. In doing so, she brings humor but also a plea for a better future.

Using both her fifteen-year-old self and present-self as framework, Schreck recreates the Constitutional debates of her youth to speak candidly about the document. She also brings out a young debater (Rosdely Ciprian) to ask the audience whether or not we should abolish the Constitution.

Using an emotional plea with stories of her family’s past, Schreck draws you into her story. Sometimes – which she jokes about – you don’t know where the story is going, but she always finds a breathtaking moment to reconnect.

Her debate with Ciprian is electric and shows the hope we can have in the future leaders of tomorrow.

Final say: Important work that needs to be recognized. ★★★★☆