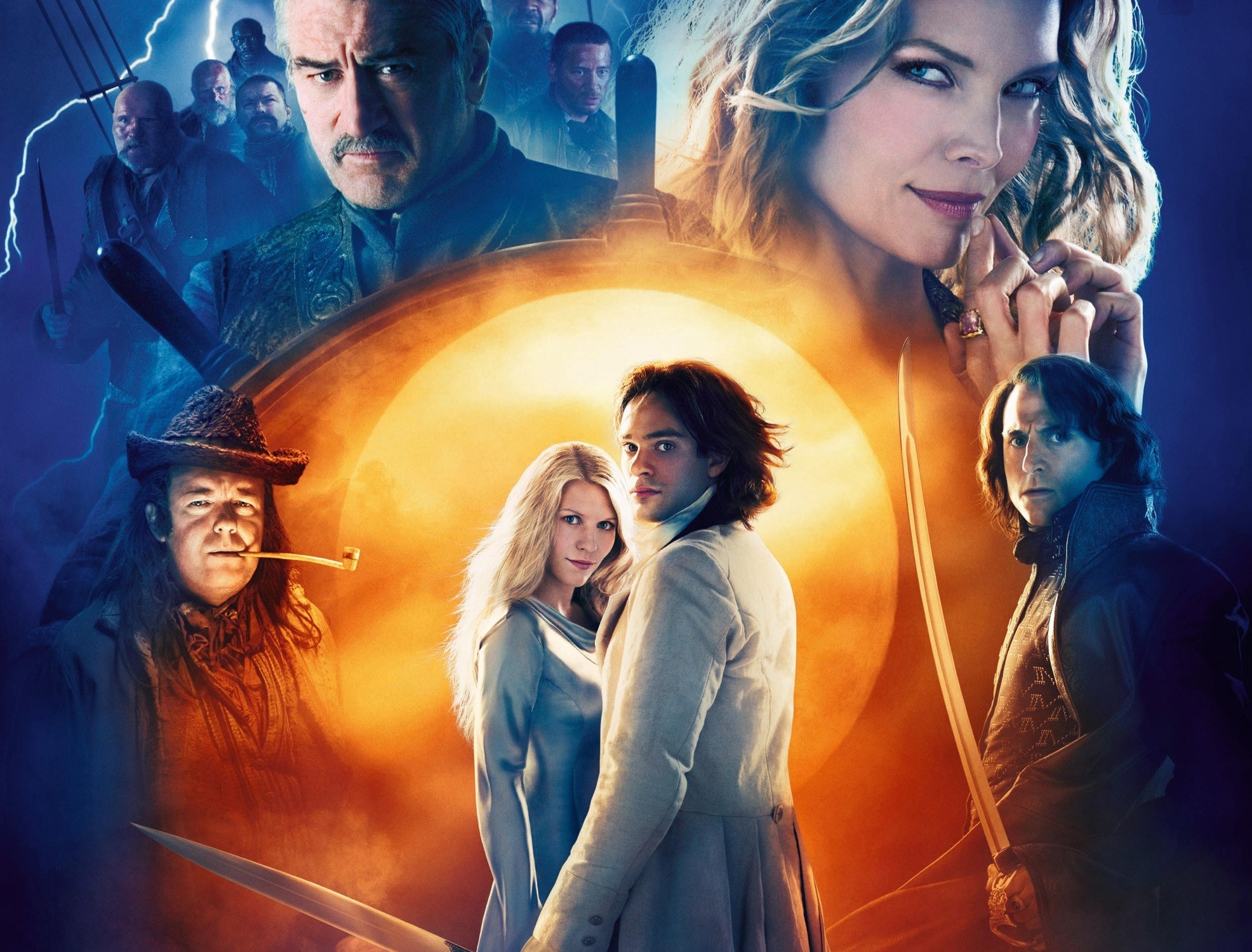 A romantic adventure that brings a new world to life, Stardust combines great acting and chemistry with intense action to make a family film that’s fun for all.

Tristan Thorn (Charlie Cox) promises his love Victoria (Sienna Miller) that he’ll bring her a fallen star. When he finds the star, he’s surprised to find it’s a girl named Yvaine (Claire Danes). What he doesn’t know is that many people are after Yvaine and the jewel around her neck.

There are so many moments of this film that will make you want to watch it. Robert De Niro plays a cross-dressing sky pirate. Michelle Pfeiffer is a witch hungry to swallow the star’s heart to restore her youth. And, Danes offers up a beautiful monologue about love.