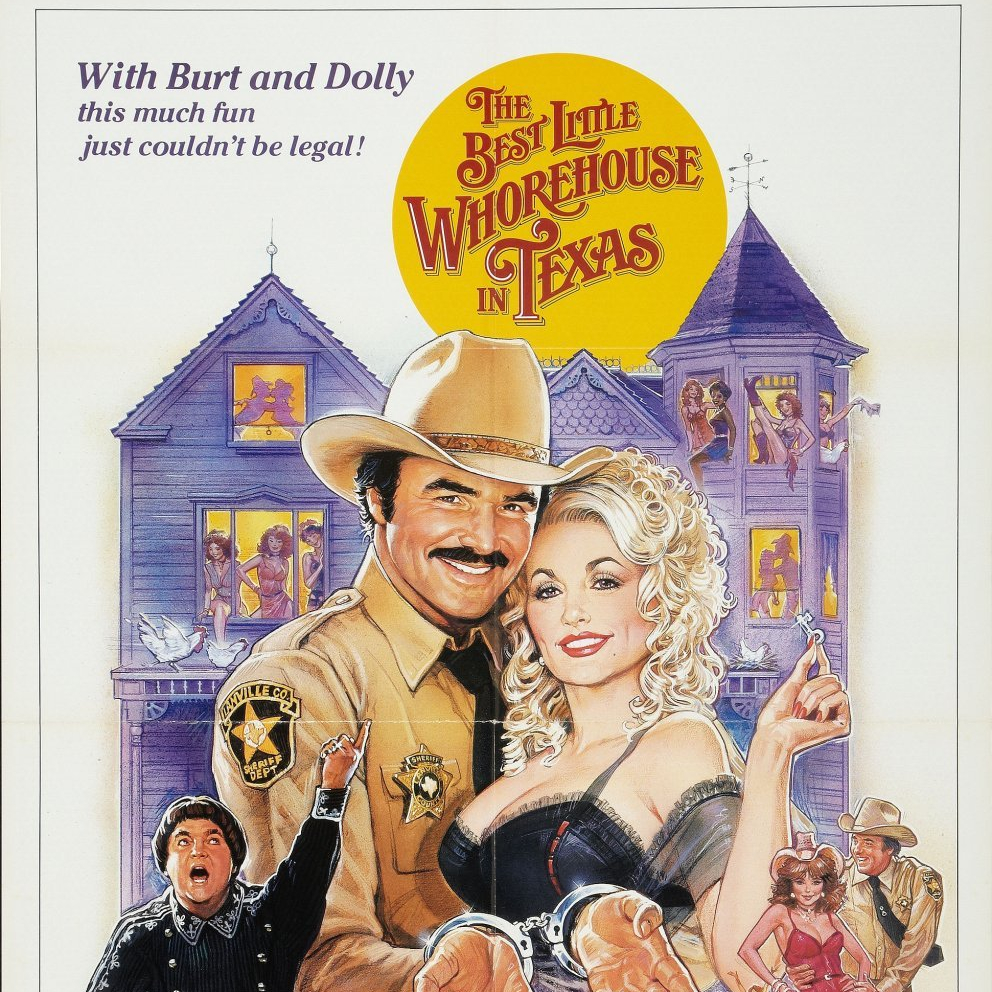 Two years after her film debut in 9 to 5, Dolly Parton is back in The Best Little Whorehouse in Texas utilizing both her singing and songwriting talents.

The Chicken Coop, where men can go to have a good time for a price, is a Texas establishment run by Miss Mona Stangley (Parton). When television sensationalist Melvin P. Thorpe (Dom DeLuise) aims to shut it down, Sheriff Ed Earl Dodd (Burt Reynolds) will do what he can to keep it open.

Based off the stage musical of the same, the main storyline is the same and based off a true one. However, there’s an added romance between Reynolds and Parton’s characters.

The film is good but begs for more of Parton. She’s charming and funny but is held back by the limited script.