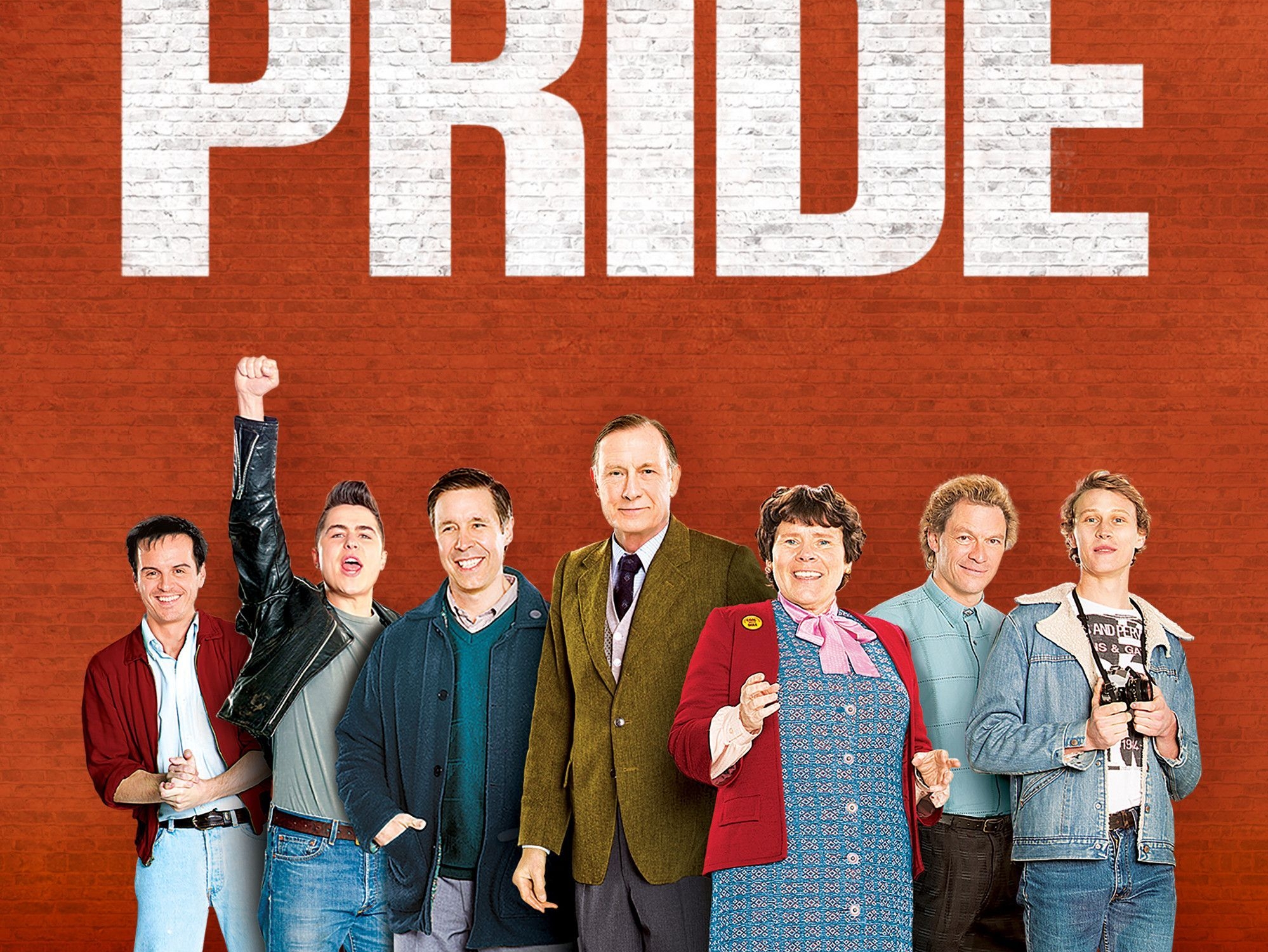 Based on a true story, Pride shows the unlikely bond between unrelated oppressed groups who work together.

In 1984, Mark Ashton (Ben Schnetzer) creates LGSM – Lesbians and Gays Support the Miners – in order to raise money to help families affected by the British miners’ strike. Looked down upon, LGSM donates their funds directly to Onllwyn in Wales when leader David Donovan (Paddy Considine) answers their call.

This is truly an amazing story of two unlikely groups coming together. There’s such a difference between them and the film doesn’t shy away from the hesitation to bring these outsiders into the community, whom eventually realize they’re not all that different.

Supporting actors George MacKay and Jessica Gunning bring a sense of hope and growth with their respective characters.